It is on the occasion of orgasm day of 21 December that a study has been published by the IFOP, and it concerns the sexual well-being of European women. Although there have been major developments in the field over the last few decades, French women are in last place among the six countries surveyed in the study. Let’s find out why this level of dissatisfaction is high in the hexagon and what differentiates France from the countries where women are most fulfilled.

The study in question was conducted in 6 countries, namely France, Italy, Spain, Holland, Germany and the United Kingdomwith a representative panel of 6,000 women. And what emerges, when asked if they are satisfied with their sex life, is that the least satisfied women are to be found…in Southern Europe.

The least well off would be French womenwith 31% negative responses, followed by Italian women (29%) and Spanish women at 27% (on a par with UK women). Conversely, it is in the Netherlands (24%) and Germany that women experience their sexuality best.

It can therefore be seen that the countries in which women are least fulfilled are the countries most conservativeThose in which the vision of women is not as free as it could be and which we will call the Latin countries.

If the positive results are this high in Holland or Germany…maybe it’s not a coincidence. These countries – particularly the Netherlands – are known for offering more liberal sexuality education, including instilling the basics of sex education in children and presenting sex as a free choice, without taboos. Behaviour which is therefore opposed to Catholic education of the Southern trio countries and which would explain this difference in sexual satisfaction.

Another interesting part of the study is the one that asks women if they are satisfied with their current love life. Unsurprisingly, we discover that the happiest couples are… the Dutch and the Germans, while the most unhappy are the French and the Spanish who are the least happy. An obvious link is to be made between these two elements, which support a third one: sexual practices.

These interesting results can be compared to the alleged sexual recession observed by some specialists. What if that’s what’s causing dissatisfaction in France, Italy and Spain?

In some countries – it’s very obvious in the USA – sex occupies a smaller share in the lives of people in their thirties than in the lives of their forefathers at the same age. An observation that could lead us to wonder whether it is not this decrease in sexuality that is causing concern, particularly in France.

In the hexagon, the rate of cohabitation under the same roof is lower than in the rest of Europe, which may be an element of response. If societal factors are taken into account, such as a high unemployment rate and high consumption of antidepressants in the country, we can begin to see part of the problem.

Indeed, among these Digisexuals, sexuality seems to take a back seat and erection problems are more frequent among men of this generation. Among the explanations put forward, pornography is among the main defendants. Offering an erroneous vision of sex but present everywhere and accessible very easily, porn distort reality of expectations and creates complexes in some young people, who will choose solitary pleasure rather than the exchange between two, for fear of judgment. When we know that in 2017 (according to the same IFOP study), 74% of women admit to having masturbated during their lifetime (compared to 42% in 1992), and we see that female pornography is becoming more and more democratic, it is easy to see a causal link. 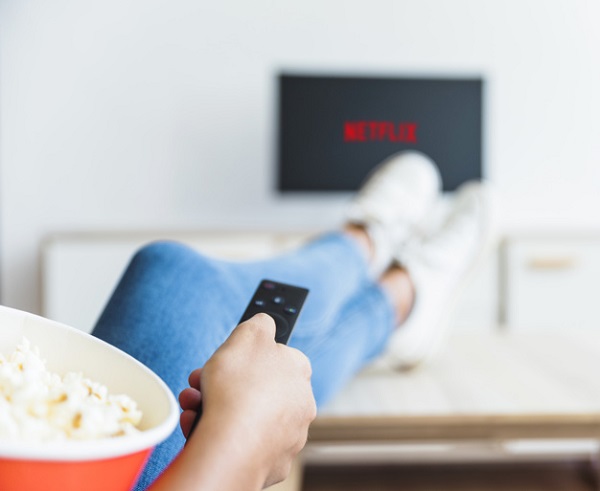 Apart from pornography, screen addiction is also being pointed at, including the streaming video services of Netflix and the like, which encourage people to stay in front of their TVs for long hours, watching one episode after another rather than having a bit of fun in bed. In fact, this results in a increased fatigue (by cutting back on sleep) and irretrievably impacts sex life.

Finally, social networks and online dating platforms have a palpable influence on today’s thirty-somethings, who have become accustomed to two things: virtual exchange as a privileged means of communication and fear of commitment…because there are too many choices available to them. With Tinder for example, the possibilities seem endless and this creates new behaviours, such as the Breadcrumbing which is about running a relationship without ever really getting involved because you believe there’s something better out there.

The culprits are all found, but the results should be put into perspective according to specialists in the field in France.

Results to be nuanced

While it seems obvious that good sex education leads to greater well-being in bed, as shown by the results of the Northern countries that are much more open on this level, and that it is necessary to decomplex women with regard to their desires and their bodies, French experts believe that this recession can be explained differently.

First, in the way studies are conducted, which has shifted from direct questioning in the past to web surveys…that leave more room for honesty. It is indeed easier to answer that you are dissatisfied in bed when you are behind a screen than when you are facing the doctor. Secondly, it is the global context of the world that must be important. When there is an economic crisis, there is a rise in Puritanism and thus a retreat from sex in its most daring forms, generally speaking.

The socioeconomic context and the state of a society have a strong influence on the sexual lives of its citizens, because if an individual is anxious about his future or stressed at work, or exhausted by long working hours, he will not want sex (at least not with two people). The same applies to longer studies, which force some young people to spend a long time with their mother and father, and to the illusion of love possibilities offered by society. Some will prefer to chain ephemeral relationships to a point where they are too close to having sex with someone else, which in the end is not a reason for sexual satisfaction.